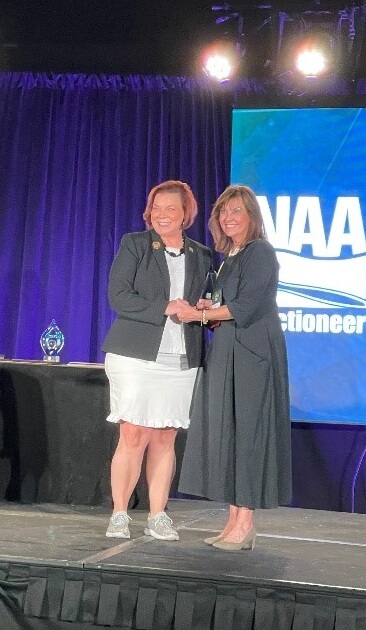 Christie King CAI , and past NAA President, was awarded the President’s Award of Distinction at this year’s National Auctioneers Association Conference & Show. The conference was held on July 12-16, 2021 in Minneapolis, MN. Christie was presented this award by NAA president Terri Walker for displaying outstanding leadership as president of the NAA Foundation. Christie served as the first woman NAA President from 2011-2012 and is a fourth generation of the J. P. King family as well as a member of the board of directors.